Something the EU is really quite good at. 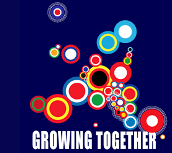 I do not think that either Italy, Portugal or Turkey lend themselves to being rendered as spheres, but it works quite well for France and Poland, inter alia.  I rather like our subsidiary blob for Ulster, but do wonder why Iceland - less than half the size of the UK - is the size it is.  There's also something a bit dodgy about the colour allocations for the countries with - yawnola - three equal stripes.  A bit of rooting around has not turned up any amusing symbolic meanings for the colours in the flags of our nearest neighbours bar the RoI, which from memory is green for Celtic / Catholic Ireland, Orange for - oh go on, guess - and white for a desire for peace between the two.  There's an awful lot of orange on the Irish blob, so maybe the designer is a Unionist.

Here's another one from a few years back: 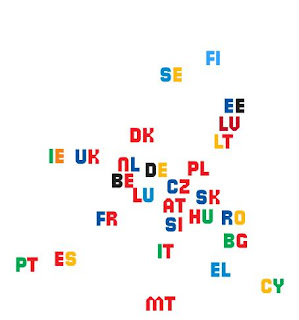 Posted by Quizzical Gazer at 05:48