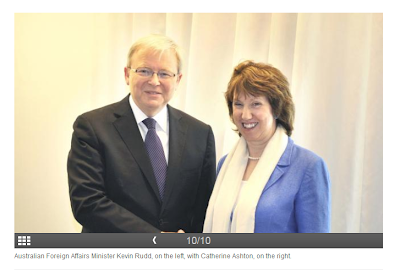 Good job they cleared that one up, eh? 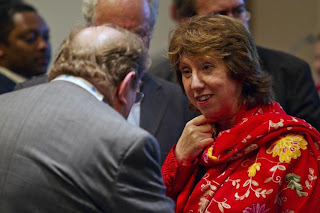 In this photo it looks to me as though the 'Baroness' is soliciting with the classic "ten pee for a cuppa tea,  guv" approach.  However, maybe I am being A - uncharitable and B - ungentlmanly.

Email ThisBlogThis!Share to TwitterShare to FacebookShare to Pinterest
Labels: EU fun and games

English as she is spoke...

Readers might have heard of a classic of unintentional humour, 'English as she is Spoke' - a disastrous Portuguese - English dictionary from 1855.  Supposedly the writer had a Portuguese - French dictionary and a French - English dictionary, but no English per se.  More of the story can be found here, along with links to vanilla texts. The classic is 'Esperar horas e horas',  rendered as 'to craunch the marmoset'.  A google translation of the Portuguese give 'expect hours and hours', but the writer has half converted the French phrase, 'croquer le marmot' - an idiom for waiting around.

Anyway, all of this came to mind when looking at a hotel site the other day, which gave out these gems (all very, very sic):

"Zakia, our Head Chef initiated her journey in the midst of savours at a tender age surrounded by the soft odours in the kitchen of her mother and her grandmother, large cooks at the La Mamounia".

Coiled up in the deep club armchairs or pt your feet up on the majestic cushions laid on marrow, pleasing settees.

"True echo with the thousand exhaled scents, grabbed with the liking of a dawdling in the varied succession of the universes landscapes".

"Lampions in finely engraved and studded border the alleys. The spectacle improvised by the fine north wind, plunges the house in a velvety atmosphere of unfathomed magic, where fairyhood becomes only protagonist of a roundly carried out scenario".


Posted by Quizzical Gazer at 08:26 No comments: 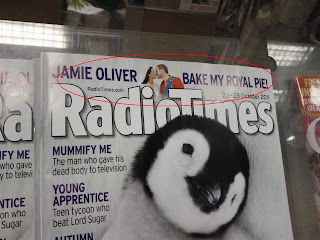 Not convinced that is fighting talk? Try rolling it around in your mouth for a bit, and then spit it out at - depending on where you sit in the food chain - an underling or a superior.  Or for that greater frisson of danger, a passing Millwall fan.

And if that was not bad enough, a bottle of  cava with a bit of an attitude problem: 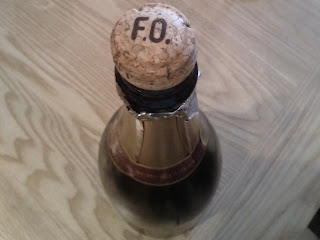 Posted by Quizzical Gazer at 01:44 No comments:

Fancy being hectored by the EU?

Well, today is your lucky day.  Anyone who can make sense of it is welcome to contribute their thoughts.


I hate to think what versions in other languages might be like.
Posted by Quizzical Gazer at 08:43 9 comments:

The trouble with Scottish independence...

...is that it will make a right mess of rather a lot of flags.  My being a unionist is well documented, but rather than dwell on that, I present some aesthetic reasons for maintaining the union, based on my less than l33t skeelz at image manipulation:

So, the Union Flag, in all her glory.  Readers might have seen this before.

Something of a design classic, it is generally reckoned.  Josh Parsons, in his outstandingly entertaining flag ratings site gives it 70/100 and a B grade, reckoning it a little busy.  Do look at his site, but please come back.

What happens if we just remove the blue? 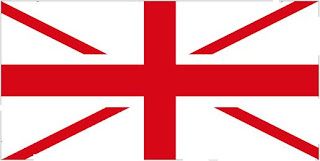 Not great, is it?


If the St Patrick's cross is widened and re-centred we get this: 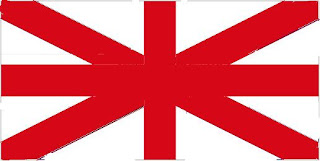 If anything, even more ghastly.

When that is applied to our colonies overseas territories the horrors really begin: 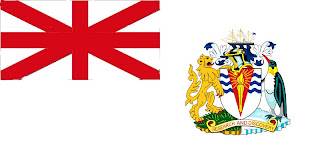 Not good.  Nor this, Bermuda: 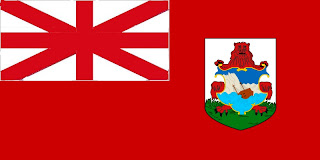 This, by the way, works on the presumption that we English types get to keep those assets during the divorce.  If the Scots decided they wanted the Falklands while we got to keep the cat and the furniture, this might be the Falklands' new flag: Ignoring my technical problems with shades of blue, that's quite nice, isn't it?

There are also problems for our Antipodean friends, which are easily imagined - should they update the Union flag, keep it as is, or add a St Andrews Cross?  Vexing problems indeed.

Another possibility is that we do what the Czechs did after the Velvet Divorce and keep the old flag, even though they agreed that they would not...  Yet another possibility is that some po faced Edinburgh leftie will campaign for a new flag on the grounds that one with a cross is insufficiently inclusive, does not represent 'the New Scotland', is a colonial relic etc etc, thus sparing us these difficulties.

Email ThisBlogThis!Share to TwitterShare to FacebookShare to Pinterest
Labels: flags

Ladies and Gentlemen, boys and girls, I present the Libyan One Dinar note: 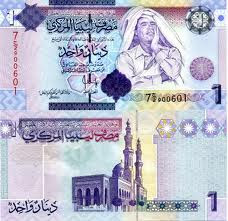 What was he thinking?
Posted by Quizzical Gazer at 03:35 2 comments: